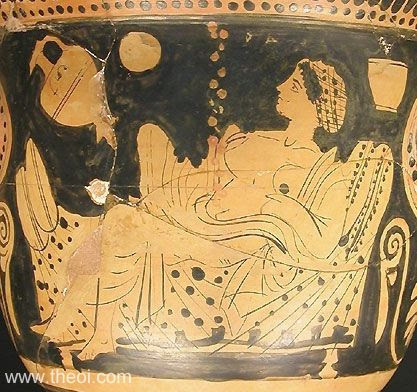 The title is a joke of course - the news that Donald rump President Elect has received golden showers from prostitutes is all over the show, and humorous GIFs etc abound. Stop it, I say, stop it.

There are many good reasons to vilify this man. His sexual preferences are not one of them.

I can see why an investigation into a man's sexual proclivities might shed light on his performance as President of the United States, but this is not the place to do it. Problematic sexual practices might exist because they exploit others, display unworthy traits such as narcissism, and are not safe, sane and consensual. Cheating on your wife is generally considered a bad thing in Western society, (but not in places like Japan or Vietnam, where among wealthy men of influence it is a way of displaying status). US presidents have been known for cheating, for sexual licentiousness as youths, and generally being testosterone-laden and entitled, and it has not necessarily lost them votes. The best question is surely, how does it affect the job? Does it evince the kind of immorality that could spill over into their public lives and policy making? Does it make them 'bad' people or harm the country's reputation? Does it make them psychologically vulnerable, or open to blackmail? Are they breaking the law? Are they poor role models? Should they be role models, or should they just be good at the job? Do we expect the President (or any other major public figure) to be any better at being human than we are? Should they be?

Maybe these are private, family issues that are best kept out of the gaze of the baying public. Maybe they are personal tragedies. Maybe they are just what happens in heavily negotiated marriages, in the manner of the great families of the past, such as the Borgias or the Roman imperial families. Maybe it's none of our goddamn business.

I also want to say something about golden showers. Of course Pornhub reports a sudden increase in online searches for golden showers, and I wonder if more people are trying them out. Thing is, they are not uncommon. Of all the sexual practices people do, and there are many, many of those, water sports or piss play is common. You may not do it yourself and you may think it's icky, but chances are you know someone who does it, as you probably also know a man who wears silk stockings and a woman with a clitoral hood piercing and so on. This stuff goes on out there and the thing I want to say is, it may well happen more than you think, and - get this - it's Mostly Harmless. When done in a safe, sane and consensual manner among adults, it is harmless. Rape, exploitation, sexism, and cruelty are not harmless.

Personally, my body fluids are sacred, and I would not piss on Donald Trump for a million squillion dollars. Well, I might if it guaranteed a Bernie Sanders presidency. But that is only a 'might'.

The image above is Danae and the Showers of Gold, a Lacanian krater. Very tasteful.
Posted by Syrinx at 6:03 PM

Syrinx
The syrinx is the voice box of a bird, and here I wish to make unusual and maybe even inhuman sounds. I like to link ideas in surprising ways, and to play with light and shade in my writing. Here be poetry, comedy, social and political commentary, footnoted research, kitchen wisdom, and dragons.